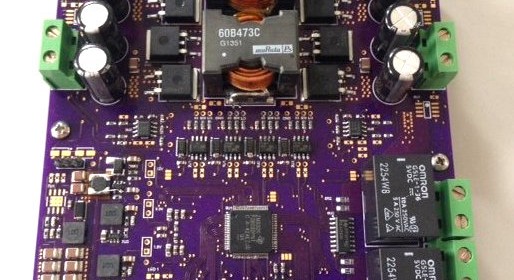 The solar energy generator has a buck boost topology DC-DC converter that can either step up or step down the output voltage from the input voltage, which allows the system to operate at the panels peak efficiency known as the maximum power point. The maximum power point is tracked using a current and voltage sensor by periodically changing the input to output voltage relationship of the DC-DC converter and measuring the corresponding changes in output power the sensors. In addition to implementing Maximum Power Point Tracking, the buck boost topology allows the battery operating voltage range to be either higher, lower, or both relative to the panel input voltage depending on the solar panels used. When configured properly it can be used to harness the energy of panels up to 500W in capacity. Batteries capacities can be anywhere from 100 watt hours to a few kilo-watt hours in capacity, and the initial target battery chemistry is lithium iron phosphate due to its high cycle life and increased safety over traditional lithium cells. Other chemistries such as lead acid will also be supported in the future. The generator is composed of the following circuit blocks: a two phase buck boost DC-DC converter, a battery current sensor, a load current sensor, a battery voltage sensor, gate drivers for the converter, a C2000 micro controller, 12V, 5V, 3.3V and 1.8V rails, and a load switch.