Getting Started with Nuvoton 8-bit Microcontrollers 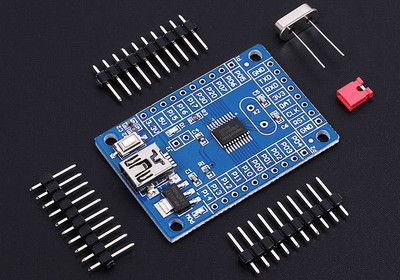 In terms of outlook, part numbering, pin layout and other basic features, N76E003 looks like a cheap Chinese copy of STMicroelectronics’ STM8S003. However, as we all know, looks can be deceptive. Though several similarities, N76E003 is not a replica of STM8S003 in any way. In fact, in terms of architecture and some hardware features, N76E003 varies a lot from STM8S003. For instance, the processor core of these chips is not same. Even after having same pin layouts, N76E003 has several additional hardware than STM8S003, for instance 8 channel – 12-bit ADC. The table below summarizes an actual comparison of these chips. It is a good idea to consider N76E003 as an advanced 8051 micro in STM8S003 form-factor and having several similarities with the STM8S003.

To get started only two things are needed – a prototyping/development board and a programmer called NuLink.  There are two options either you can buy the expensive official NuTiny SDK boards with built-in NULink programmer/debugger or you can buy the cheap unofficial ones as shown below. My personal choice is the unofficial one.

Despite Nuvoton being a giant in manufacturing some of the industry’s coolest chips, it greatly lags in terms of software tools. Unlike other manufacturers like STMicroelectronics and Microchip, Nuvoton doesn’t have a free C compiler of its own. To use Nuvoton 8-bit micros, we have to use either Keil Micro Vision or IAR Embedded Workbench. Both industry-standard tools but are not free. However, there are trial and evaluation versions of these tools.

The next stuffs that we will be needing are device datasheet, drivers, GUI for NuLink and sample codes with Nuvoton’s official header and source files. These are available here.

We will also be needing a pin map because there are few pins in N76E003 and they have multiple functions.

How to get started?

I have made two videos – one for Keil and the other for IAR. These videos show in details how to start building projects with N76E003 using these compilers.

No matter which compiler you use ultimately, you’ll need the following header (.h) and source files (.c) to get things done properly. These are available in Keil BSP and IAR BSP zip files.

Now what these files do? These files make up something like a standard peripheral library. They define registers and functions that are needed to simplify coding. These files replace tradition register-level access to meaningful codes. For instance, the Delay files dictate the software delay functions by using hardware timers. Likewise, SFR_Macro and Function_Define files define hardware-based functions and SFR uses. I highly recommend going through the files.