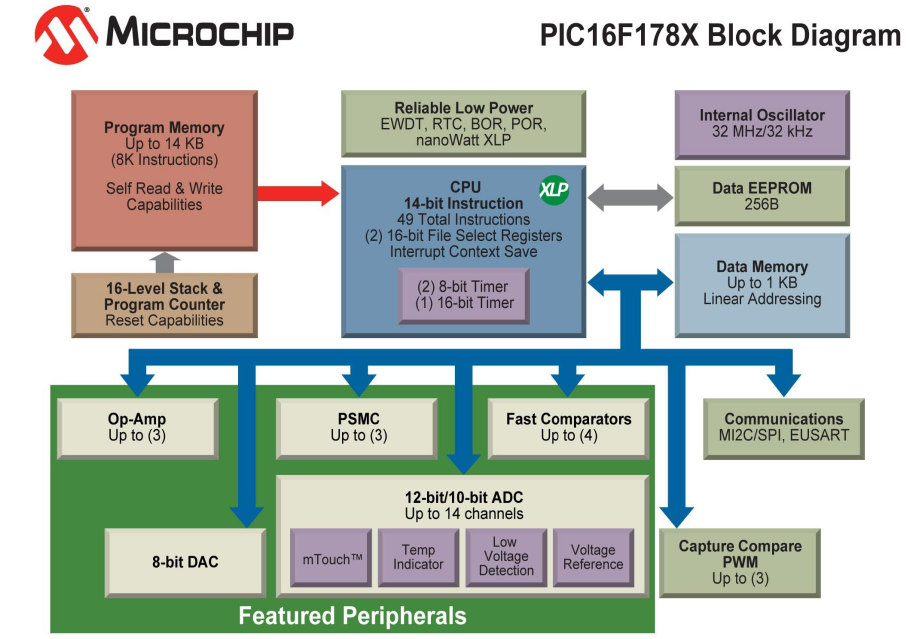 There is a good news for PIC fans. Microchip Technology, Inc. has recently announced the expansion of its 8-bit enhanced Mid-range core microcontroller (MCU) family to include advanced analog and digital integration, such as 12-bit A/D converter, 8-bit DAC, Op-Amps with Rail-to-Rail input/output, and high-performance Rail-to-Rail comparators. More details of the story can be found here.